NOTE: There are bootlegs of the soundtrack CD usually titled "digitally remastered limited edition" and/or including extra 12" mixes - they are not official releases - please don't buy them! The soundtrack was officially reissued on 2xCD on 15th March 2019 by Cherry Pop (includes both Breakdance 1 and 2 soundtracks remastered from the original tapes but unfortunately no additional tracks/12" mixes). 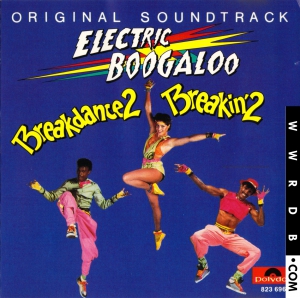 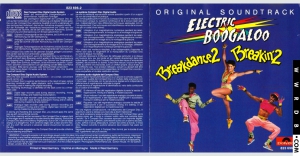 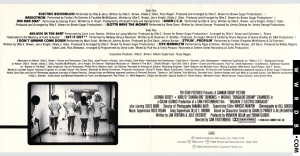 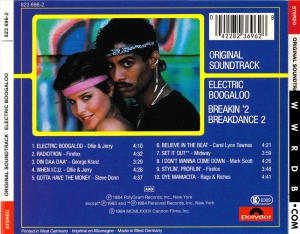 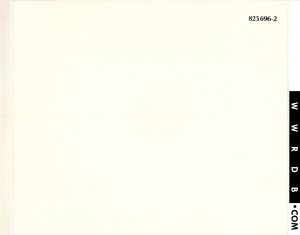 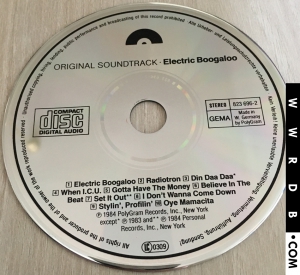 Out of 10 tracks only 5 were released as A side singles in their own right.

For an article on the first Breakin'/Breakdance film soundtrack click here. 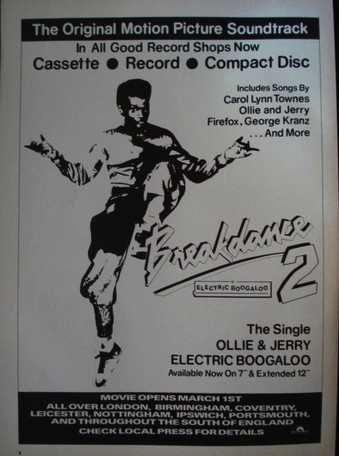 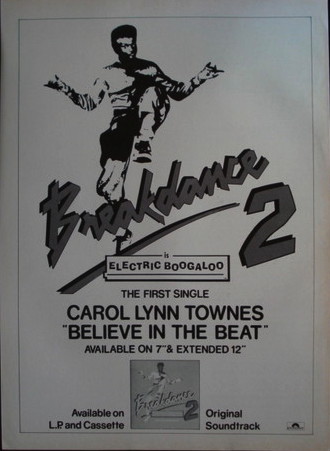 Products For "Carol Lynn Townes - Believe In The Beat"

Products For "Midway - Set It Out"

Link to this article = https://www.cybernoise.com/article/st/breakin2_soundtrack.php (how to link to this web site - details)
Article number = 26