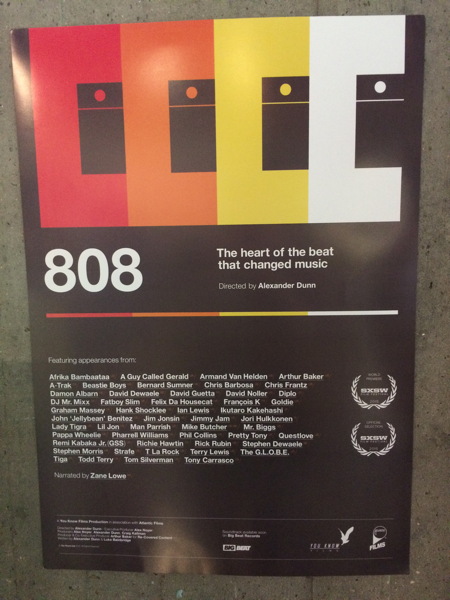 My formative music listening started as the seventies turned into the eighties before I was ten years old with popular electronic musicians such as Kraftwerk, Jean-Michel Jarre, Yazoo, Depeche Mode, Ultravox, Visage, Gary Numan, the Human League, Orchestral Manoeuvres In The Dark (OMD) and Heaven 17.

But around 1982-1983 there came a new futuristic sound, now known by many different genre names, but to me it was "electro" thanks to Morghan Khan's Streetwave and Street Sounds record labels and most specifically his Electro series of albums. As it turns out most electro tracks featured very specific sounds – the TR-808! One of the most famous tracks to kick(drum) start all of this was Afrika Bambaataa & The Soul Sonic Force's "Planet Rock". But, at this point, as I was not even a teenager there was no way I could afford hot import 12" singles from the USA so the Electro series of compilation albums got me the best slices of electro in one go and that's exactly where my pocket money went each and every time a new one came out. I've documented my love of Electro on my personal Old School Electro Hip Hop pages. I've loved electronic music ever since and a wide-array of music, not just electro, has featured the TR-808 famously including Marvin Gaye's "Sexual Healing" and Phil Collins' "Another Day In Paradise". Even modern music still utilises the 808 sound such as Usher's "Yeah!". 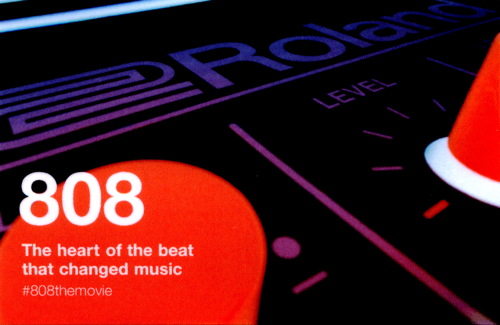 808 The Movie is a documentary that tries to track this history featuring interviews and anecdotes with many people and musicians that have been influenced and/or used the TR-808. I already knew of the importance of the TR-808 but I never really appreciated just how influential it was. Watching the impact that this one piece of equipment has had over musical history unfold before my eyes was spectacular. I loved how every minute of it revealed how the TR-808 had played such an important part of my own musical history and yet went further so I could appreciate music I already knew about but didn't know it was primarily the TR-808 that made that track special, offered up new music I did not know about and went deeper with personal stories from people that used it (e.g. Ad-Rock's "it's like having jelly in your fridge"). 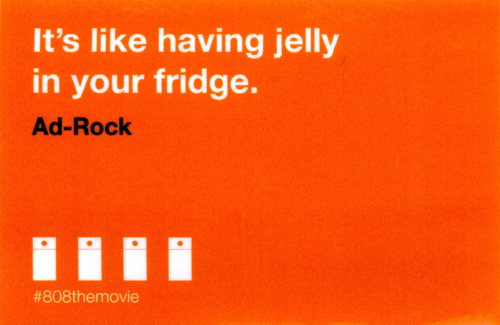 It poignantly finishes on an interview with the great man Ikutaro Kakehashi (founder of Roland) with his own personal memories of the TR-808 and why it became famous and ultimately had a limited production run due to a "manufacturing defect". You'll need to see the film to understand the true history of the TR-808.

If you are a fan of any form of (electronic) music this is a great documentary and if a fan of early electro and hip-hop a must see. The screening of the movie on the 8th August 2015 at the BFI in London that I saw was sold out, packed and met with rapturous applause by an excited crowd of fans and non-fans alike – I overheard several comments like "I did not know that track was the 808", "I am so glad we grabbed tickets at the standby queue as it was great" and "I'm not a fan of hip-hop but that was really interesting"… 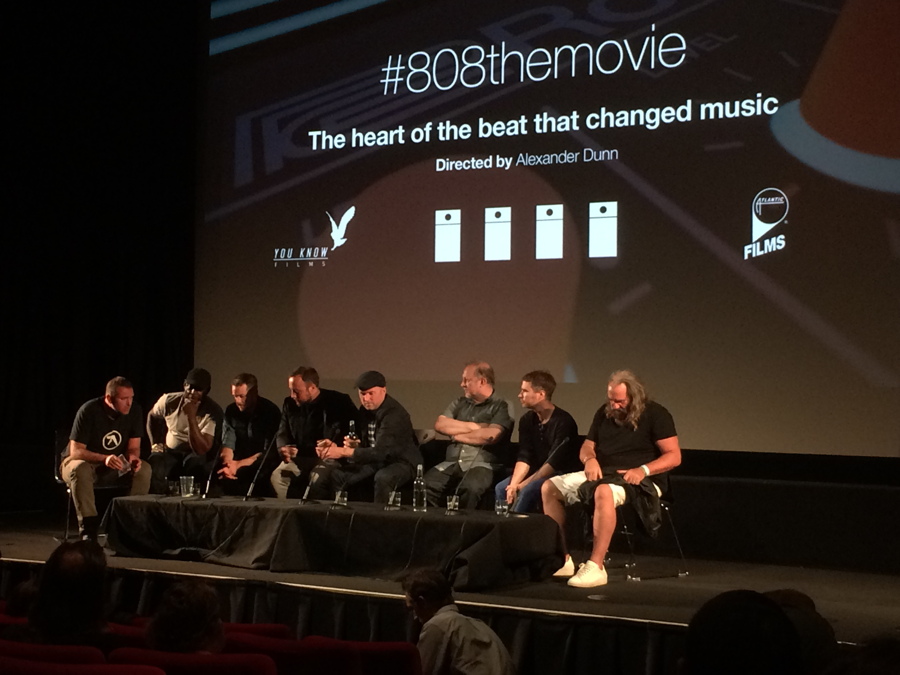 After the film there was a small Q&A session with various people on stage including the director Alexander Dunn, producers Alex Noyer and the legendary Arthur Baker (a huge 808 proponent in his own right). Immediately questions came up on missing tracks and artists/people to which the answer was "there simply wasn't enough time and money to get everyone and every important track" and with some notable absent names like The Egyptian Lover and Kurtis Mantronik (Mantronix) "the timings never worked out – we just couldn't get to be in the same place at the same time". This aside it's a brilliant film and although I myself was disappointed with a no show by The Egyptian Lover the film more than made up for it many ways including, but not limited to, an appearance by Man "dog woofs" Parrish, T La "blew your speakers" Rock, Ad-Rock and Adam "which way round was the tape" Horowitz and L' "cars that go boom" Trimm. 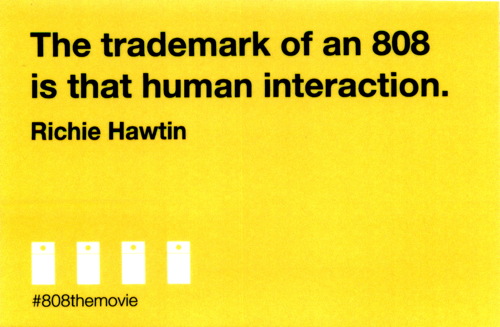 Finally, there was an after party in the bar with live music from 808 State and A Guy Called Gerald where there was not only a guy dressed as an 808 but I also bumped into Arthur Baker who, albeit tired, graciously posed for a photo with me - I left the BFI striding to an 808 beat :-) 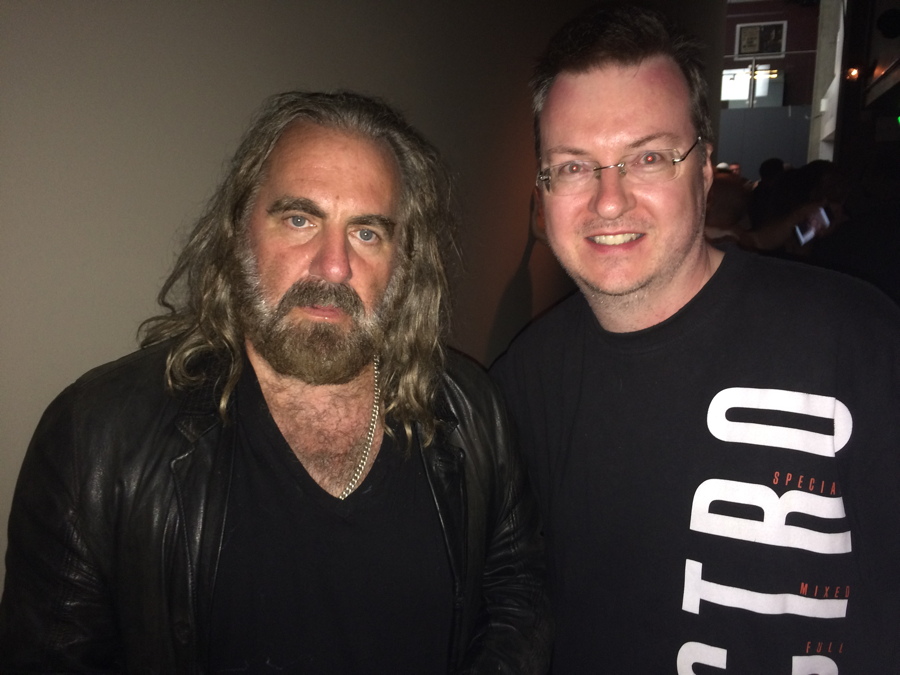 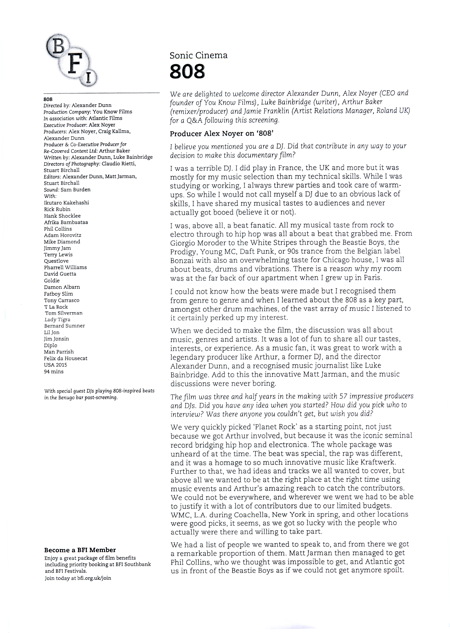 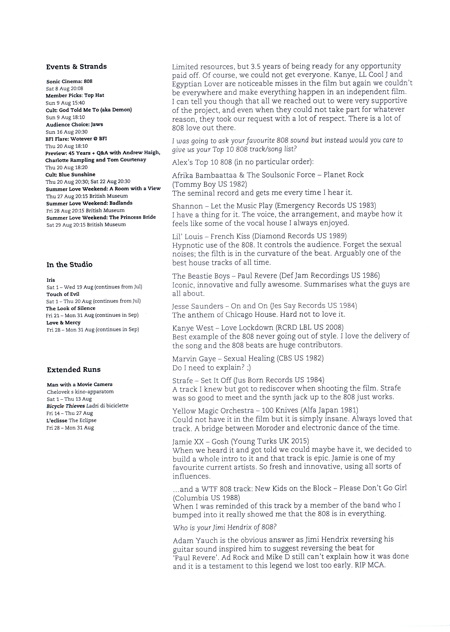 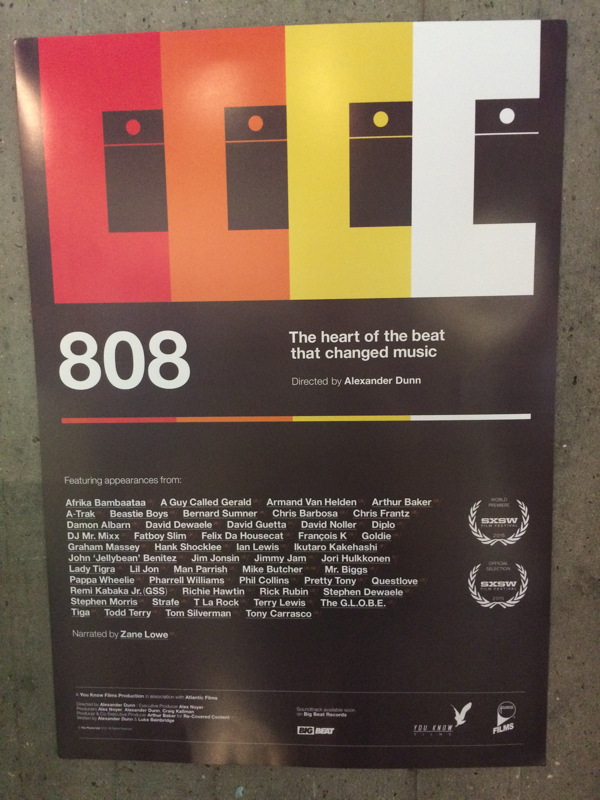 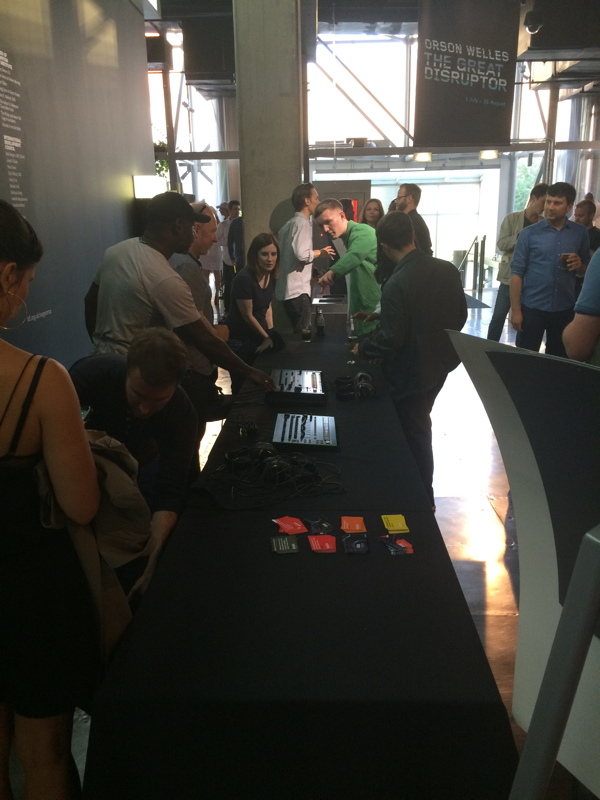 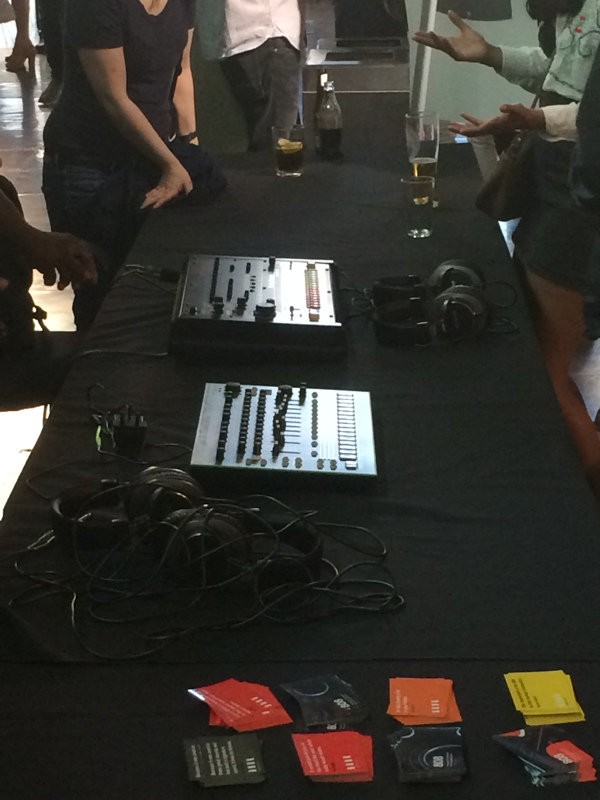 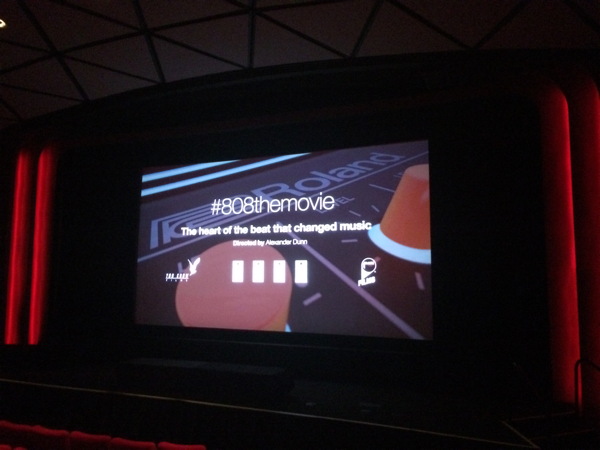 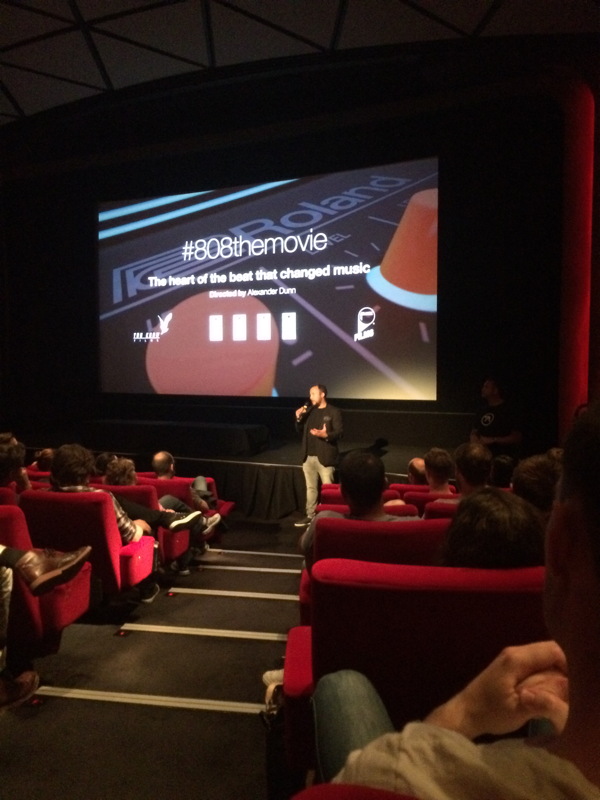 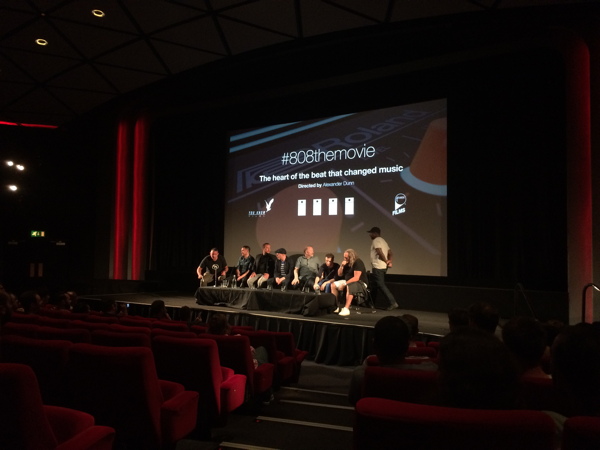 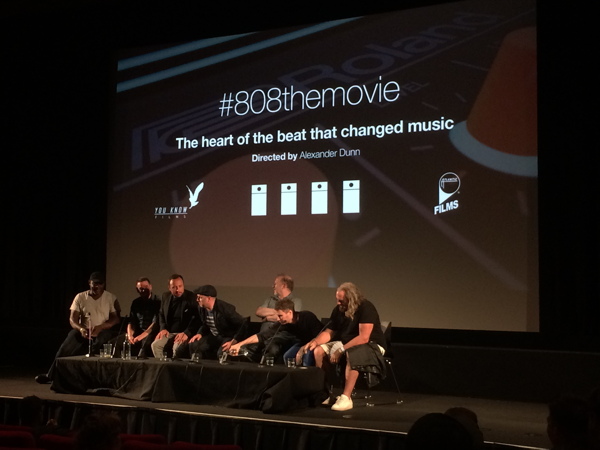 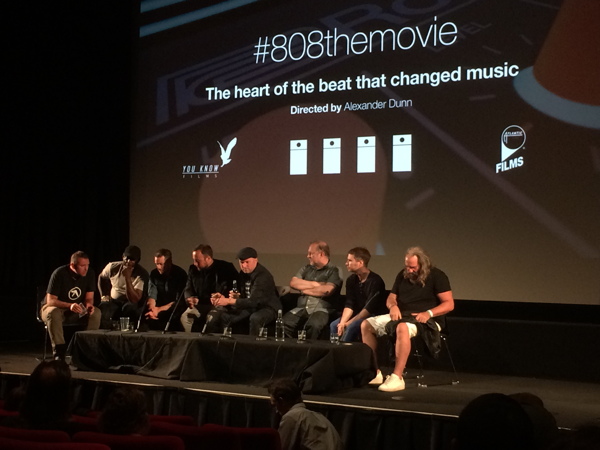 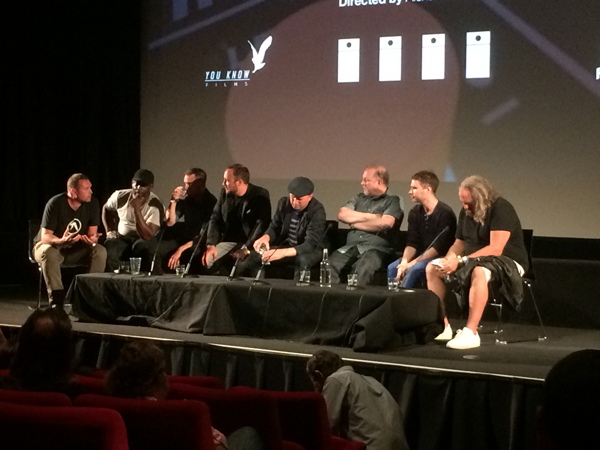 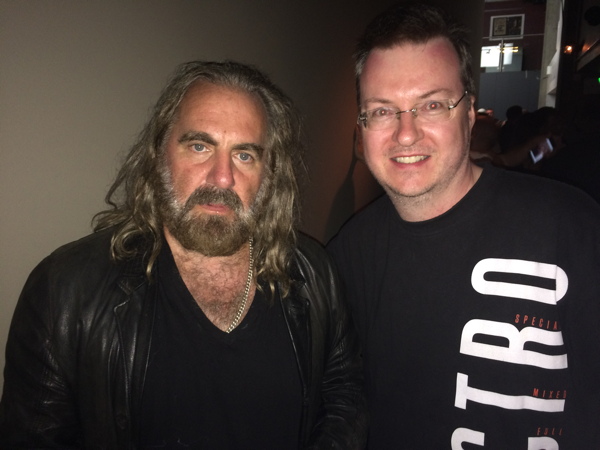 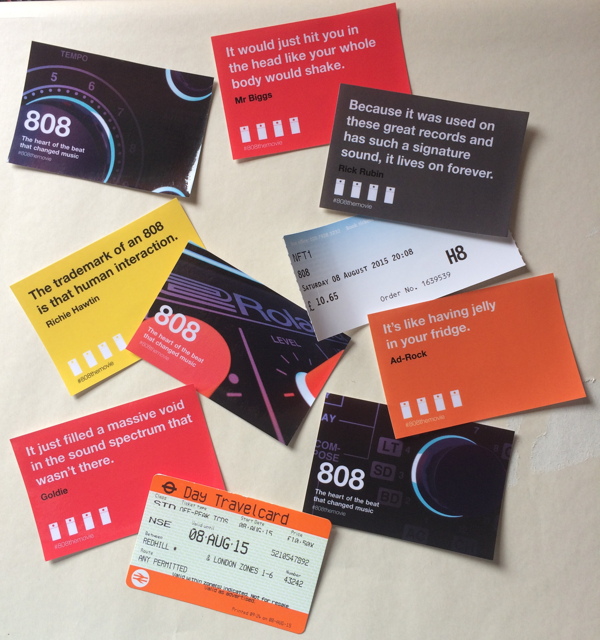