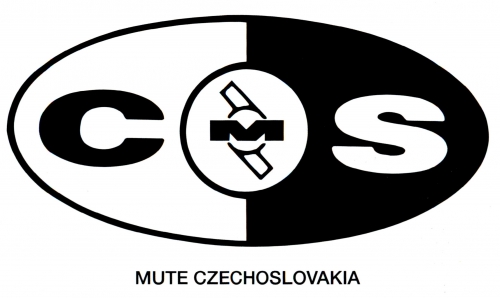 a.k.a Mute CS
The label's primary country is the Czech Republic
Label start date: 5th November 1992
Label end date: 12th April 2006
View the Mute Czechoslovakia Label Catalography
View the Mute Czechoslovakia Label Discography
Info: Mute Czechoslovakia started as an official sub-label of the British Mute Records in the early nineties once communism imploded in central Europe, the Berlin wall fell and the Velvet Revolution happened in Czechoslovakia. Mute cleverly recognised that central Europe had the black swarm of Depeche Mode fans to buy newly, easily available western product/music and that it would make a great central distribution point in the burgeoning westernisation of music in Eastern Europe. At the start Mute Czechoslovakia immediately manufactured Czech editions of top Mute artists' releases. However, Mute was not to know that within just a couple of years Czechoslovakia would split into two countries at the end of 1992 (Czech Republic, now known as Czechia, and the Slovak Republic). And that the common European Union would be formed in 1993 with it's single market and customs union. All of this somewhat alienated the name of the label and also offered competing companies the ability to distribute/make deals to sell music to these new markets. During the rest of the nineties Mute Czechoslovakia concentrated on Depeche Mode, Erasure, Nick Cave & The Bad Seeds releases, along with marketing and distributing some other label's releases, before finally disappearing in the early 2000s. The company "Mute Czechoslovakia s.r.o." was de-registered/liquidated in 2006.

we do not currently have any contact information in the database

Tools For This Label

Reference = 27
Link to this page = https://www.cybernoise.com/info/label.php?27 (how to link to this web site - details)
Spotted any errors or omissions? Contact us with the details quoting the above page link and we'll update the database.