My Life With The Thrill Kill Kult - Early Singles Part 2

For this week's #WaxTraxFriday article we take a closer look at My Life With The Thrill Kill Kult's later Wax Trax! singles: Both these singles were big hits with fans and are very much worth checking out/collecting. For collectors, the first single produced the usual American test pressing plus a rare Canadian specific CD single and a European specific CD single. The USA CD single was reissued by TVT/Wax Trax! in 1993. The Sexplosion! single also produced the usual American test pressing but was never reissued by TVT/Wax Trax! as the Sexplosion! album was transferred over to Interscope when TKK signed over to them in late 1991. Interscope re-promoted and reissued the album in 1992 but also released The International Sin Set promo single and the Sex On Wheelz single, the latter of which, was even specifically released in the UK!

In the middle of 1990, with the growing popularity of KMFDM and TKK, Wax Trax! cross promoted the two bands by getting them to remix each other - this resulted in the Naïve / The Days Of Swine And Roses split single released in the autumn/fall of 1990. It even got its own specific Wax Trax! Europe editions:

KMFDM / The T.K.K. - Naïve / The Days Of Swine And Roses European CD single 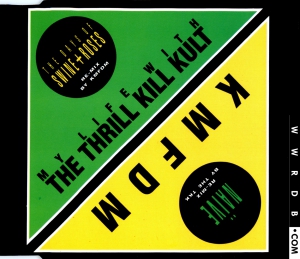 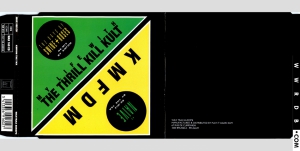 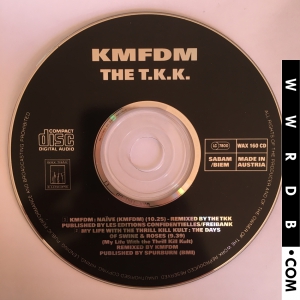 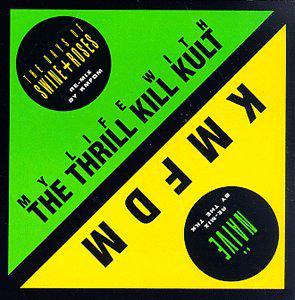 KMFDM | My Life With The Thrill Kill Kult

• Naïve / The Days Of Swine And Roses 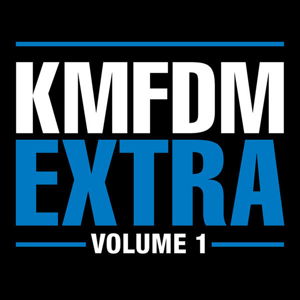 • Naïve (My Life With The Thrill Kill Kult Remix)

Link to this article = https://www.cybernoise.com/article/cn/wtf/waxtraxfriday_20180330.php (how to link to this web site - details)
Article number = 46