After the problems experienced with the Naïve album (come back next week to read all about that!) and the additional issues surrounding Sascha Konietzko and En Esch's falling out at the end of their 1990 tour, moving forward was going to be difficult. It looked like the next K.M.F.D.M. album might be their last. Funding was secured for Sascha Konietzko and En Esch to each record one side of an album and combine the material for release. Both worked on new music in Germany but did not interact during the recording sessions. This separation was reflected in titles like "Split" (became a single) and "Apart" (the original name of the album). The original "Apart" album was test pressed by Wax Trax! and according to the 2006 Metropolis Records reissue CD booklet, En Esch's half was rejected. Most of those rejected tracks appeared on En Esch's solo album Cheesy (see last week's article bonus section). Those that didn't, appeared on various future releases over the years. Sascha Konietzko finished the album by remixing previously released tracks.

The first single Split / Piggybank came out on Wax Trax! (USA/Canada) and Wax Trax! Europe (UK/Europe) in April 1991. Then followed a long gap while the issues were sorted out and the Vogue single was finally released in January 1992 closely followed by the album. By this time a deal had been done to license the new material to Transglobal (a subsidiary of Mute Records) for the UK/European markets.

There are various collectables, mostly promos, but do especially look out for the ultra-rare, original "Apart" test pressing vinyl LP, Split / Piggybank European 12" promo, Money UK numbered limited edition 7" single, Sex On The Flag USA promo CD single. Finally, if anyone knows why there are two different versions of the original American CD (version 1 / version 2) that have different barcodes, do let us know… 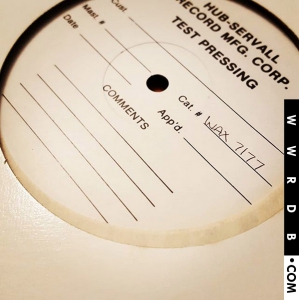 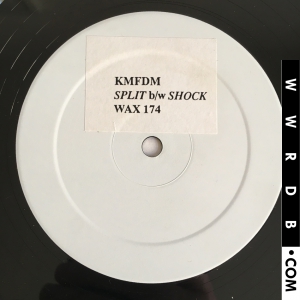 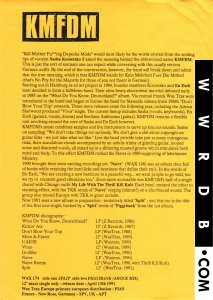 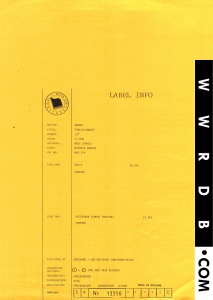 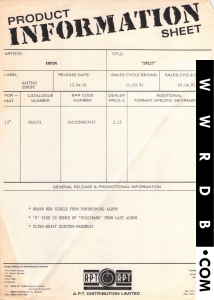 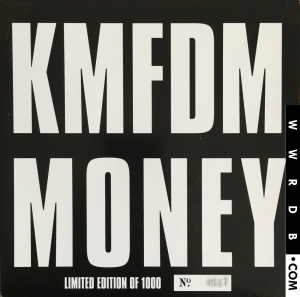 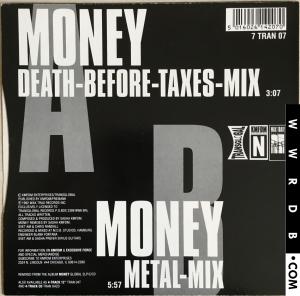 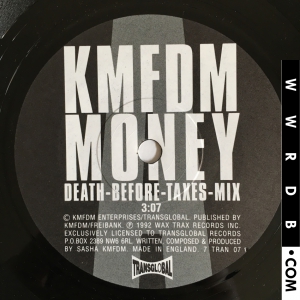 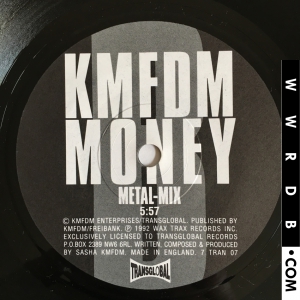 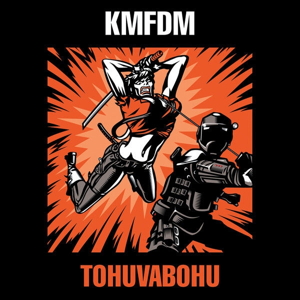 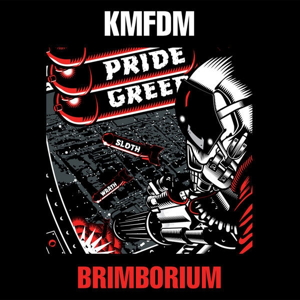 Link to this article = https://www.cybernoise.com/article/cn/wtf/waxtraxfriday_20180817.php (how to link to this web site - details)
Article number = 69