After the immediate success of their first album Heartbeat, Rough Trade offered Chris & Cosey a new album and single deal. They had actually recorded and mastered this album, Trance, before their son was born on the 12th January 1982. Trance was a more minimal, instrumental album than Heartbeat, with it utilising the new Roland TR-808 drum machine and TB-303 Bass Line. It also alluded to the name (C.T.I. - The Creative Technology Institute), that would be used not only for their own DIY record label but also for musical collaborations (more on those in next week's article).

Quickly put together (both of them no longer inhibited by TG shenanigans) and officially sold as a mid-price album (most shops sold it full-price and pocketed the extra money though), Chris & Cosey saw it as a stopgap album between Heartbeat and… patience, wait until next week! The cover photo was shot in Highgate Cemetery, London in front of the gates to a tomb near the Karl Marx monument. Trance was released in May 1982. All physical releases are collectable including this official Japanese CD reissue from 2012: 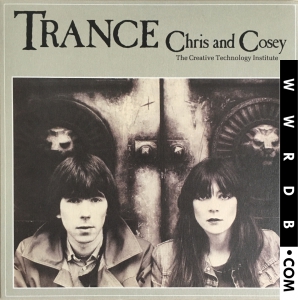 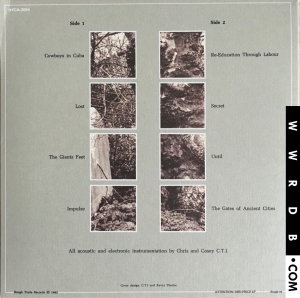 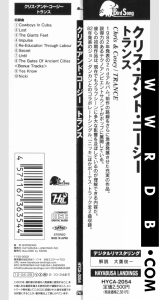 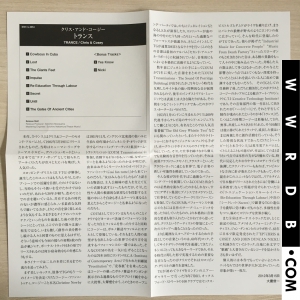 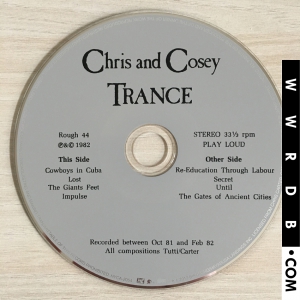 Chris & Cosey's first four albums were re-released in 1990 by Play It Again Sam in Europe and Wax Trax! Records in the USA. Chris & Cosey control their music and now release it through their own label CTI aka Creative Technology Institute. Trance is available digitally in AAC/MP3/WAV/FLAC formats from many official online digital stores including iTunes:

Products For "Chris And Cosey - Trance"

The other half of Chris & Cosey is Chris Carter (see last week's article bonus section for Cosey Fanni Tutti). Chris has always been the electronics person building, testing, playing the equipment that was first used by Throbbing Gristle and subsequently by himself and the other groups he has been a part of. Not just an electronics mind, Chris is a musician, artist and designer utilising his skills of graphic design and photography to great affect over the years including their own covers and other promotional materials. Solo wise, Chris released his first album The Space Between on Industrial Records in 1980 - the original releases are very rare but it has been reissued several times (including a recent vinyl edition on Optimo Music) and is also officially available to buy digitally. 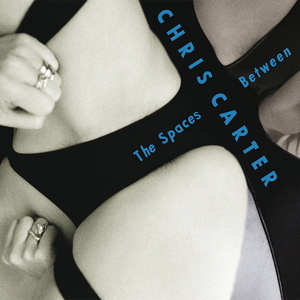 With a sparse discography over the last 38 years, Chris has recently returned, in March of this year, with a fabulous new album Chemistry Lessons Volume One out now via Mute - go buy it now, it's that good: 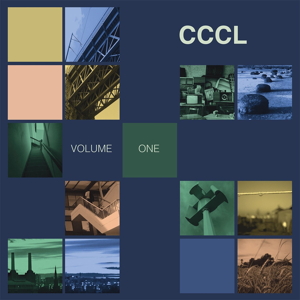 Link to this article = https://www.cybernoise.com/article/cn/wtf/waxtraxfriday_20180713.php (how to link to this web site - details)
Article number = 64